Easy and inexpensive access to drones has opened up new attack options for criminals and terrorists. The scenario of an approaching drone has therefore become a delicate matter for officials responsible for security at major events and potentially for the protection of tens of thousands of people in a confined area. In a matter of moments authorities have to make the call: is the drone approaching peacefully or not?

To make the right decision, authorities first need information support: What type of drone is it? Is it carrying a payload? And last but not least: Should the drone be allowed to continue flying? Or would it be better to take countermeasures against it? To this end, officials must be given tools that are proportionate to the task at hand.

The »AMBOS« German-Austrian joint project was commissioned to provide solutions for these tasks. Since February 2017, twelve partners from science and industry have been working on a system that identifies drones, analyzes their risk potential and, if necessary, carries out counter measures. As future users of the system, five German security agencies, including the Federal Criminal Police Office and the Federal Police, are associated as partners with the bi-national research project. »AMBOS« is funded by the German »Research for Civil Security« program of the Federal Ministry of Education and Research (BMBF) and the Austrian »Security Research Program – KIRAS« of the Federal Ministry of Transport, Innovation and Technology (BMVIT).

In the context of »AMBOS« existing scientific approaches are extended in concrete terms with a view to real-world application scenarios for agencies with civil security tasks (BOS). Needed methods, which so far have been lacking, are being developed from scratch. The aim of the project is to develop a demonstrator that significantly extends the functional range of systems already available on the market.

The planned solution will detect aerial threats using four different sensor modalities, including radio, acoustics, electro-optics/infrared, and radar. Each of these modalities has specific advantages and disadvantages. The aim of the sensor data fusion researched and developed by Fraunhofer FKIE is to use intelligent algorithmic combination to emphasize the advantages of the individual sensor systems while eliminating their disadvantages. This is intended to reduce the false alarm rate of the system and increase the detection rate.

This merged sensor data will then be combined to create an ergonomically designed situational picture. This picture will assist security personnel in determining which active intervention measure to take depending on the situation and the level of threat. Intervention options range from jamming of the radio remote control and signals of the satellite navigation systems to disrupting on-board electronics using high-power electro magnetics (HPEM), to intercepting the drone with a net.

The project is expected to result in a very robust sensor system, characterized by improved detection performance, source direction-finding/location capabilities and distance information. The solution will also be able to classify drones with regard to special deployment scenarios. The optimization of the operational parameters for the entire range of effectors envisaged in the project will significantly enhance the performance of »AMBOS« compared with existing approaches to drone defense.

The overall system is also modular and can be flexibly configured ranging from a minimal configuration for detecting approaching drones to equipment with multimodal intervention capability. It features an open system design and will allow integration of future sensors and effectors.

»With AMBOS we're making a key contribution to strengthening the future security architecture.« 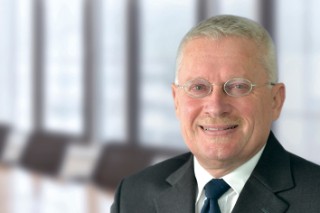