A fire alarm sounds during a ferry crossing. In such a critical situation, the crew on board are first responders and must initiate fire-fighting measures themselves. Increasingly, vehicles with alternative fuels, such as electric or hydrogen vehicles, are amongst transported vehicles. Although alternative fueled vehicles pose much different risks and possess characteristics that are different from conventional vehicles, they are currently not recorded or considered further for different treatment aboard ferries. To increase safety for crew, passengers and the environment, Fraunhofer FKIE developed concepts for the safe transportation of alternative fueled vehicles on ferries.

Alternative fueled vehicles have different properties and risks from those of conventional vehicles. In the event of a battery fire in an electric vehicle, for instance, the individual cells contained in the battery burst open one by one, repeatedly feeding or reigniting the fire. These fires are long-lasting, hard to control, and release toxic gases that endanger nearby crew members and passengers. In hydrogen-powered vehicles, on the other hand, it is especially important to note that the flame of a hydrogen fire is not necessarily visible in daylight. Thus, for safe and effective on-board hazard mitigation, it is vital to know what type of drive system an affected vehicle has and what types of drives are in the critical environment.

Why should this be considered on board the vessel?

In a critical situation on-board, the crew must initiate preliminary measures themselves, for instance also for firefighting. Up to now, however, the crew has been unaware whether alternative fueled vehicles were on board or where they were located. Furthermore, there is a lack of knowledge and experience in dealing with these new hazards.

Goal of the project

To meet these challenges, the project developed concepts for the safe integration of alternative fueled vehicles into ferry traffic. The focus was on the development of a usable situation and decision support system to assist the crew on the ship's bridge in monitoring vehicle decks and to increase the safety of transporting alternative fueled vehicles on ferries, not only when it comes to firefighting but as early as the prevention stage.

To ensure safe passage on ferries, alternative fueled vehicles must be considered throughout the process, from booking passage to loading at the port to actual transport on board.

Using the methodology of human-centered design as defined in DIN EN ISO 9241-210, requirements for the integration of alternative fueled vehicles were collected from stakeholders and those involved in the process. This methodology was also used to design a situation display system specifically tailored to adequately support captains and officers on the bridge. The system was implemented in the context of the project as a demonstrator called the Load Monitoring Support System, or LoMoSS for short.

LoMoSS graphically displays the positions of alternative fueled vehicles on board. Novel sensor technology developed and tested by project partners permits rapid detection of potentially hazardous situations by monitoring gas and temperature on the ferry decks. This information is the basis for alerts designed to address critical situations involving alternative drives. The bridge crew then receives the alerts via the LoMoSS user interface. The system not only enables the crew to intervene at an early stage, but also provides decision support for dealing with the alert messages so that the right steps can be taken in a targeted manner.

Recommendations for the integration of alternative fueled vehicles into ferry traffic were summarized in a comprehensive, modular overall concept. The process adaptations outlined in the concept also make reference to clear signage for such vehicles, pre-sorting in the port for efficient and safe loading, placement of certain drive types on suitable decks as a preventive measure and recording the locations of the vehicles on board.

The LoMoSS demonstrator developed in the project was evaluated with nautical officers from two ferry companies in a final usability and user experience study. The test participants described the system as helpful or very helpful. All of the respondents stated that they would use it to monitor the vehicle decks.

For the practical use of the situation display and decision support system, shipping companies must implement the process adaptations designed in the project, such as the recording of drive types. The system would also have to be linked to the shipping company's booking system and to the sensor technology used. By monitoring safety-critical vehicles, LoMoSS supports a flexible loading concept on ferries. For a complete picture of the situation, however, the specific positions of the vehicles on board have to be recorded. Automated solutions for this purpose could be developed and tested in the future. Furthermore, the integration of additional modules into the demonstrator in order to expand its functionalities beyond monitoring and to provide comprehensive support for ferry processes is also conceivable. For example, modules for preceding processes such as load planning and loading coordination could be integrated into the solution.

Federal Ministry for Digital and Transport 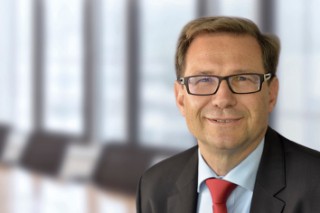