Species diversity among insects, birds and mammals continues to decline. A similar trend is also reflected in the plant world, particularly in agricultural landscapes. But although climate researchers have been collecting data on climate trends for decades and can thus demonstrate changes and make forecasts, there is a lack of comparable data on the Earth's biodiversity. To date, there is no broad-based automated monitoring program, and the technical requirements and infrastructures needed for such a program do not exist. In the public consciousness the issue, therefore, remains abstract. Reliable figures and findings are essential if it is to receive the attention it urgently deserves. However, such data either do not exist at all or only for specific locations, which diminishes their explanatory power. Experts agree that to fully understand the extent of the problem a sound data set regarding the status quo and development of the biosphere is needed.

Through AMMOD, 17 universities and institutions, led by the Museum König Bonn, in collaboration with Fraunhofer FKIE and the support of the German Federal Ministry of Education and Research (BMBF), have launched a large-scale development project for Germany that aims to continuously monitor biodiversity using automated processes. For this purpose, stations will be set up throughout Germany for automated observation of flora and fauna. The stations are modeled on automated weather stations in Germany, which use a variety of individual systems – from anemometers to precipitation meters – to collect data for meteorological research.

In addition to existing technologies, the »Biodiversity Weather Stations« also require new observation and analysis systems that are being developed and tested as part of the project, such as special cameras and microphones for visual and acoustic environmental monitoring. Skyscanners will observe the sky, multicollectors will pick up pollen, spores and insects, and analyzers will detect odors. Collectively, these sensors are designed to enable simultaneous standardized data collection at numerous locations and thus a timely assessment of the status quo and development of the biosphere. An essential prerequisite for this work is comparability of the acquired data sets.

Fraunhofer FKIE is supporting the project by developing analysis tools that merge and evaluate the collected data. Artificial intelligence methods for sensor data fusion and the integration of geospatial information help to determine the occurrence and population sizes of the various animal and plant species. Experts in acoustic detection and classification contribute to the evaluation of data from microphones through innovative array signal processing and AI techniques.

Determining the population of an animal species for a given habitat (abundance) is usually a major challenge for humans and technology. Experts are very good at identifying animal species and counting or estimating their numbers but there are time and spatial constraints associated with this approach which limit continuous analysis of the dynamic development of populations.

Sensors, on the other hand, can be used multiple times and on an ongoing basis. Yet, they cannot provide the same level of information on an ad-hoc basis. The data they collect is initially erroneous, incomplete, and sometimes contradictory. Moreover, interpreting sensor readings is prone to ambiguity.

A detector reading can be

AMMOD is investigating probabilistic methods of sensor data fusion. The goal is to stochastically model various interpretations of the detections listed above. The expectation is to obtain a computed estimate of species abundance. This estimate is never perfect, but Bayesian statistical methods allow for the integration of background and contextual knowledge, thus enabling precise modeling of knowledge about populations and their habitats, and thus calculation of an expected value based on this knowledge.

The AMMOD stations are methodically based on algorithms for tracking objects in space and time, so-called object tracking. Here, the number of objects in the sensor's "field of view" and the "state" of each object (e.g. position and kinematics) are assessed. Since the spatial resolution of the sensors is not sufficient for a precise determination of the trajectories of single individuals in most cases, AMMOD uses stochastic motion models aimed at estimating populations.

The sensor model, on the other hand, describes the behavior of the sensor by stochastic means, which means that it includes values for detection probability or false alarm rate. In the interaction of the sensor and movement models, an estimated value of the population can be calculated iteratively, incorporating a variety of interpretations of the data as well as knowledge about the behavior of the species.

Geographic information systems (GIS) also make it possible to integrate additional contextual knowledge for sensor data fusion, since they provide information – for instance on built-up areas, vegetation, water resources or terrain characteristics that can be accessed in a georeferenced format. In view of the ambiguities in data interpretation described above, such background data can improve the validity of results. AMMOD will therefore also investigate to what extent these data can be formalized and integrated into the process of iterative estimation calculation.

In the years to come, the permanently installed AMMOD stations will for the first time provide a long-term overview of the status and development of species diversity at selected sites in Germany. As part of a comprehensive monitoring network, they will be capable of making a significant contribution to identifying trends and fluctuations in the biosphere.

Targeted experiments in the project will continue to assist in understanding the cause and consequences of environmental changes. The knowledge gained will be incorporated into concrete strategies for the conservation of biodiversity. 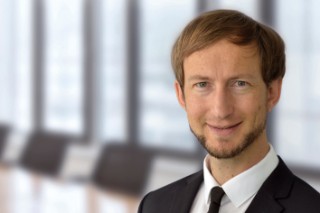 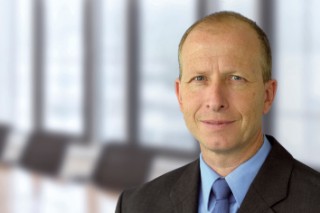