Every year in Germany, 1.3 million firefighters carry out some 3.9 million missions and, in the process, are repeatedly exposed to considerable danger to life and limb. In the future, therefore, the goal is to support them with robots. In pursuit of this goal, 13 project partners from the field of fire safety, from industry and from research - among them, Fraunhofer FKIE - launched a project titled »Establishment of the German Rescue Robotics Center« (A-DRZ) at the end of 2018. The German Federal Ministry of Education and Research (BMBF) is funding the launch as part of its development initiative »Civil Security - Innovation Labs/Competence Centers for Robot Systems in Hostile Environments« with seed capital of €11.9 million.

The German Rescue Robotics Center (DRZ) is a national competence center for the development of future robot systems to assist rescue and emergency forces in dangerous situations and hostile environments. To this end, an extensive network is being created which brings together capabilities across industries and disciplines. The direct involvement of users, technical networking of partners and the establishment of so-called "living labs", in which the developed robot systems are tested collectively, ensure a high degree of practical relevance.

Dortmund is the headquarters of the DRZ. Fraunhofer FKIE, which exercises the membership rights of the Fraunhofer-Gesellschaft in the DRZ umbrella association, provides another branch office at the Wachtberg site.

FKIE's primary task in the DRZ is the design and development of heavy, tracked outdoor robotic platforms, in particular the D3 demonstrator class. Another focus of its work package is lead development of a cross-platform technical modularization concept for the DRZ robot systems and assistance of its partners in demonstrator implementations.

The core idea here is that the modularization concept being developed represents a technical point coalescence for cross-partner collaboration and creates comparability between robot groups that can be functionally separable. According to the DRZ, a further benefit of modular robot systems is that they can be flexibly outfitted in line with the required mission profile. Modular functional groups also make sense from an economic point of view in two ways: they simplify maintenance and the swapping of replacement parts and avoid duplicate hardware purchases. This is a key criterion, particularly in view of the strategic DRZ goal of lowering the barriers to entry as far as possible for everyone to participate technically in the DRZ robot systems through further collaboration arrangements and by gaining new members.

The first sub-goal of the jointly developed implementation plan was to conduct an initial basic requirements analysis which would be used as a foundation on which to draft an initial concept. Since robot systems are a rapidly evolving technology and will therefore remain highly dynamic in the future, the concept was consciously designed to be open and flexible. It is based on the core idea of a function-driven, technical-spatial encapsulation of individual systems into three main components:

The mobility platform houses the drive systems for locomotion and also provides the energy source for the overall system. The module carrier, which is specifically adapted to the respective platform, acts as a compatibility layer for integrating all the sensors and actuators into the platform at the mechatronic level. In terms of software, the carrier also integrates all of the relevant components into the robotics middleware Robot Operating System (ROS) commonly used in the research environment, which is also used in the DRZ as a standard component of the modularization concept. Furthermore, the carrier offers conceptually defined, standardized mechanical and electrical interfaces for the interchangeable modules.

After successful coordination of the initial concept with all of the association's partners, the modularization concept was developed in detail in three areas during the second development phase of the DRZ:

Modules for a range of applications were also designed and their connection further adapted to the D3 and D4 robot classes intended as carrier platforms for the DRZ and available as demonstrators. The robot systems were consciously selected to be very different in order to exemplify and achieve the greatest possible cross-platform module compatibility across different systems in the spirit of the DRZ. The use of a Fraunhofer FKIE-developed multimaster system ensures the accessibility and synchronization of communication between the modules. In the third phase, the concept developed was successfully transferred in stages to the D3 and D4 demonstrators, and the interchangeability of the standardized modules and their operational capability were verified in integration tests on both platforms. The fourth and final phase now consists of an ongoing iteration and revision process, fine-tuning, and responding to emerging requirements in the growing DRZ infrastructure.

The development and design of a cross-platform modularization concept laid the foundation for simplifying joint work on a combined robot system across DRZ partner and platform boundaries. The division into mobility platform, operational payload and unified modules will enable all of the partners to participate easily in the robot systems with as few obstacles as possible.

The reuse of subcomponents and the capability to flexibly combine them for mission-specific applications create optimum conditions for the timely and widespread deployment of the robots in firefighting operations. In view of the growing number of new DRZ members, newly drafted technical requirements, specified application scenarios and the planning of further DRZ modules, the future activities of the center remain an exciting challenge. The goal is continuous development of the DRZ robot systems for real-world applications.

Funded as part of the German government's »Research for Civil Security 2012 to 2017« program and the »Civil Security - Innovation Labs/Centers of Excellence for Robotic Systems in Hostile Environments« funding guideline. 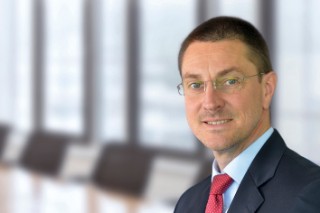